I celebrate an amazing woman today. A woman who has inspired so many. Rosalind Brewer is the Chief Operating Officer of Starbucks.

Rosalind, a Detroit native, attended Cass Technical High School in Detroit. Rosalind earned a Bachelor’s degree in chemistry from Spelman College and attended Wharton’s Advanced Management Program and Stanford University’s Directors’ College. Rosalind was appointed to the Starbucks board of directors in March 2017 and continues to serve on the board. As chief operating officer and group president for Starbucks, Rosalind leads the company’s operating business across the Americas (Canada, U.S. and Latin America). 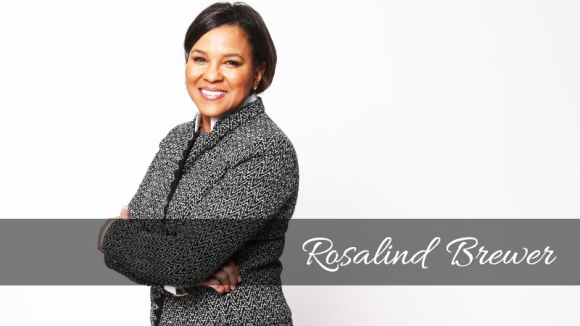 Prior to joining Starbucks, Rosalind served as president and chief executive officer of Sam’s Club, the eighth largest U.S. retailer with sales of $57 billion for fiscal year 2016. Rosalind joined Sam’s Club, the members-only warehouse channel of Walmart Inc. in 2012 and made history by becoming the first woman and first African American to lead a Walmart division.

Rosalind joined Walmart in 2006 as regional vice president and later became president of Walmart East, where her P&L responsibility exceeded $100 billion. Prior to Walmart, she was with Kimberly-Clark Corp. for 22years, starting as a scientist and ultimately serving as president of the Global Nonwovens Sector in 2004.

Rosalind’s progressive attainments tell alot about focus and versatility. It tells also tells alot about little beginnings. She began as a scientist and moving on to be president, C.E.O and C.O.O of different companies.
We can start however small, just start from somewhere, it will all add up.